So it’s almost the end of 2017 and our new year’s resolution of timely posts was not met. Surprise surprise. But we did want to document our Florida beerventures in somewhat of a timely fashion. So it will be done by August.

I’ll take some of the blame as I decided eh, I kind of hate writing. Whatevs. For some reason we started a blog so I guess I have to write sometimes,

Anyways, I was invited for a weekend in Orlando to go to Universal and Disney with a few of my girl friends. Andrew, with his million PTO days decided he didn’t want to stay home so he came up with the brilliant idea of meeting me in Florida and traveling to breweries for a week. Sounds good to me.

So after my weekend of theme parks, I needed a vacation from my vacation but as you might know, we don’t have time to rest when we’re beerventuring. Andrew took a red eye into Florida and got stopped at Waffle House at 4:30am while I slept off Disney. Once he picked me up and I got some breakfast it was time to formulate a game plan. In unusual fashion, I had not created a detailed itinerary for this trip. Sure, we had a basic idea of where we were going and what the big breweries are, but for the most part we were winging it. So here we are at 10 am on a Monday morning sitting in Starbucks outside Orlando and looking up hotels and breweries in Tampa. Mondays are hard because it’s a common day for breweries to be closed. We saw that Hourglass Brewing opened at 11:00am and was just an half hour north of us so we decided that sounded like a place we should be.

Our first brewery of the trip and we had no expectations. I don’t think we heard of this brewery beforehand and I hadn’t really researched the Orlando area for beer. But Hourglass was honestly one of our favorites, if not our overall favorite stops of the trip. We walked in to a hugh brewery, that had a whole room dedicated to barrel aging and sour fermentation, and the taproom was decked out in all things nerdy. Being a Monday morning, the place was empty. There were 28 taps and 2 nitro lines which was a little overwhelming so we settled on a flight of five. We had a long week of beer planned and can’t start out too strong.

Just kidding, we started out strong because one of the five beers was Apricaustic; an 18.3 fruit beer made with lots of apricots and fermented with Belgian candy sugar. I honestly was shocked at the abv  because it tasted so good without being boozy.  One kicker of this delightful tonic is the 5oz is the limit; not that we needed any more on day one. We didn’t just settle on the other beers either; everything was high abv but delicious including the Double Barrel Maple Braggot, and la Fee Dragee 2017; a Belgian strong.

Andrew enjoyed the Mechakiwi, the imperial ipa, although I didn’t get much kiwi flavor so I was disappointed. The last beer of the flight was Primary Chronical, a kvass or “bread” beer; which is a love or hate Russian style. We were impressed with the different variety of beer styles and the overall atmosphere of Hourglass. If you needed even more encouragement to visit, we noted that they also sold cigars and are attached to a Taco place. Basically, a must hit for everyone. We can certainly say Hourglass Brewing of Longwood, FL (just north of Orlando) was our must hit brewery of the area and earned itself an astounding 4.85 out of 5. 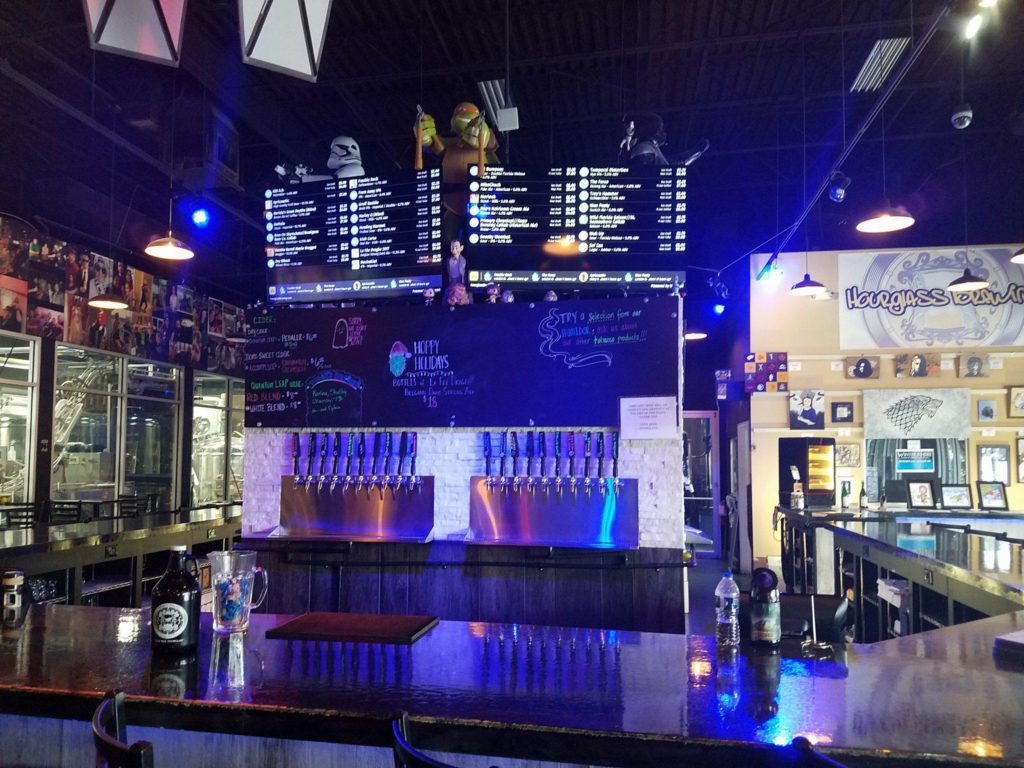 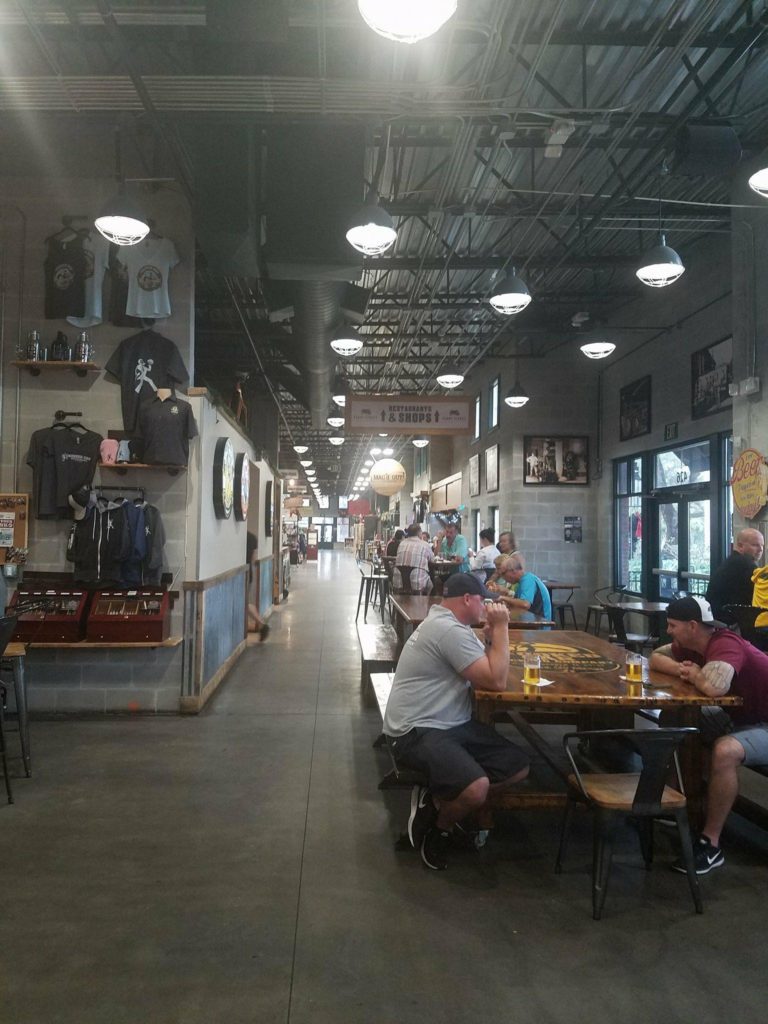 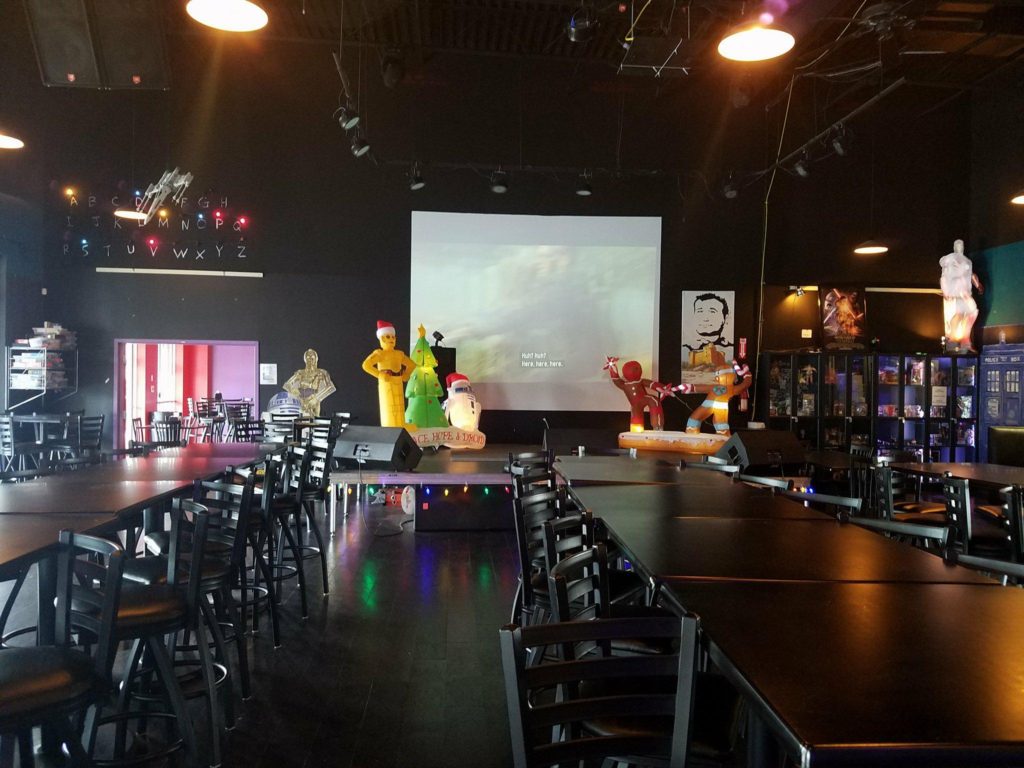 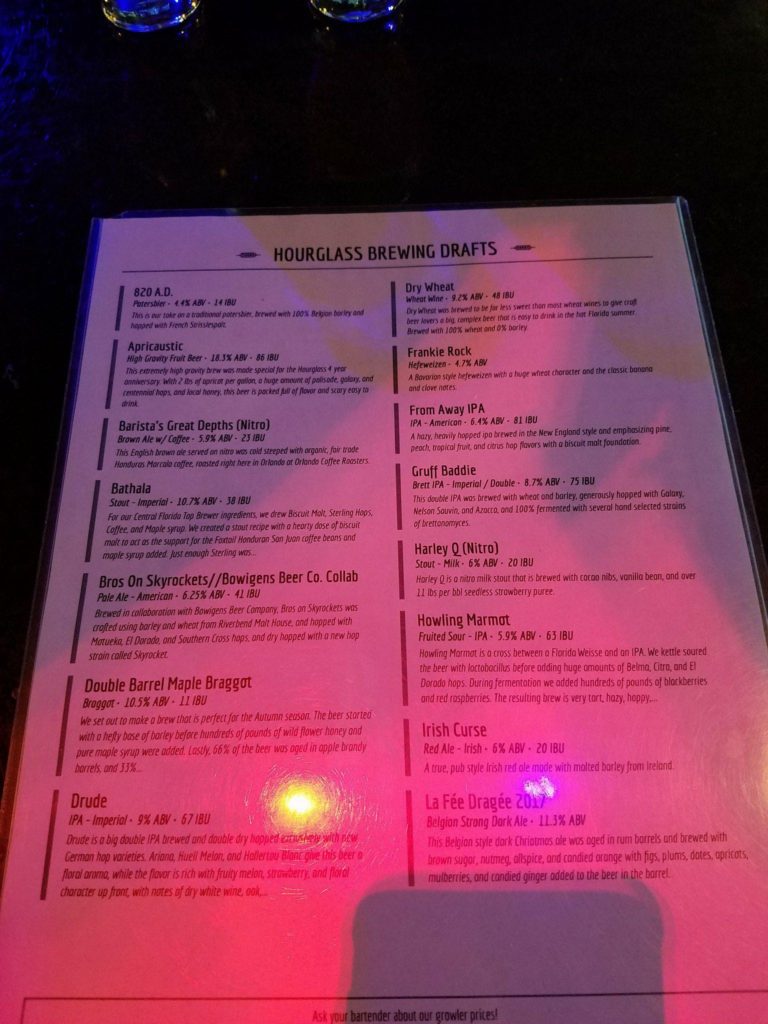 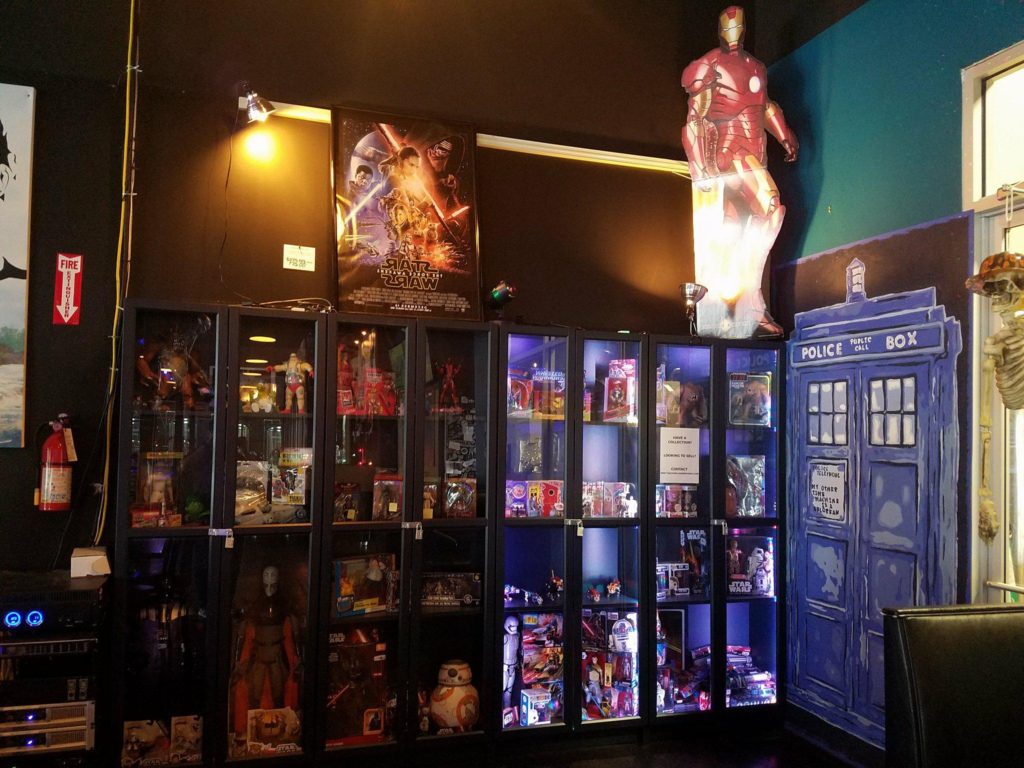 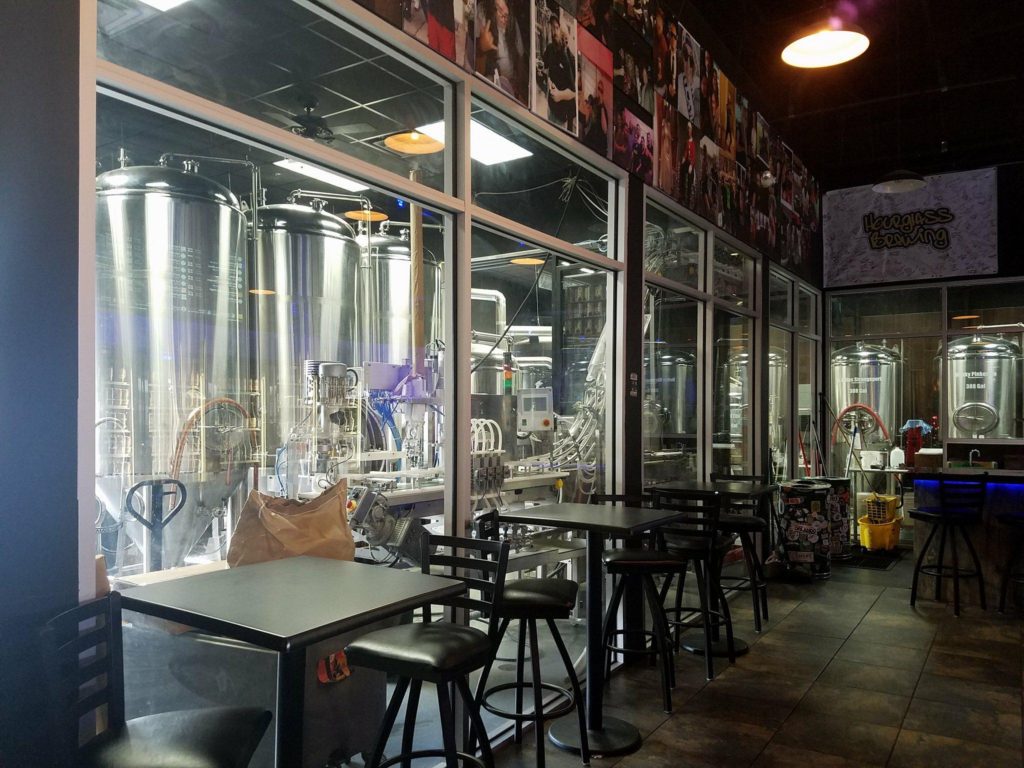 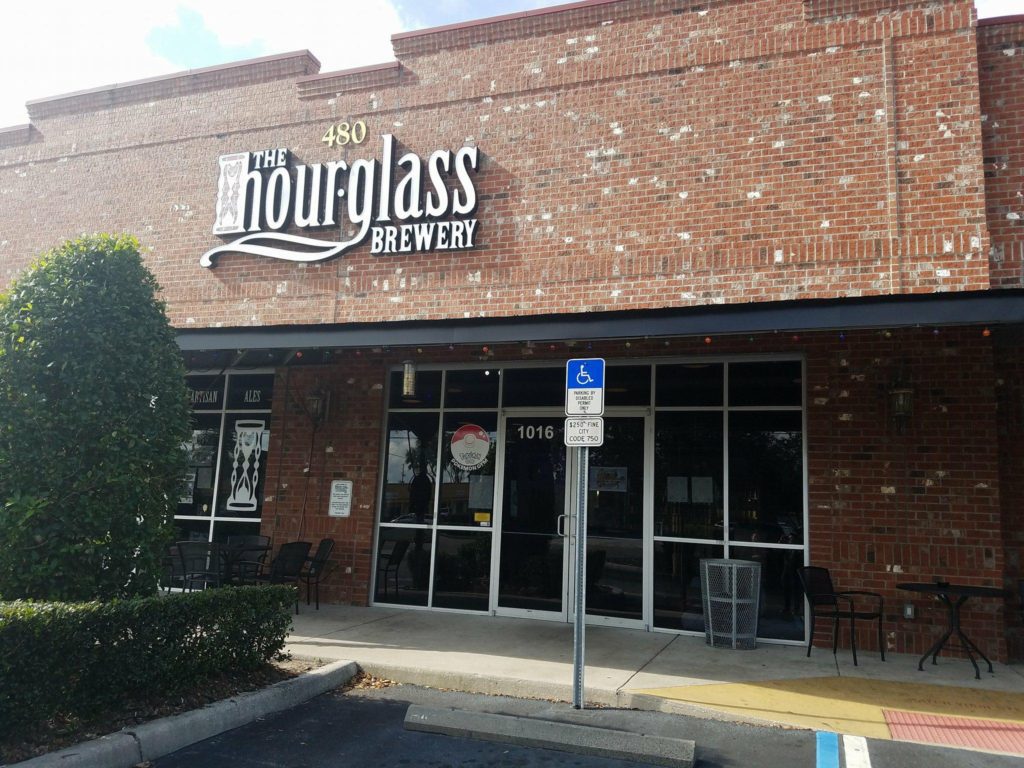 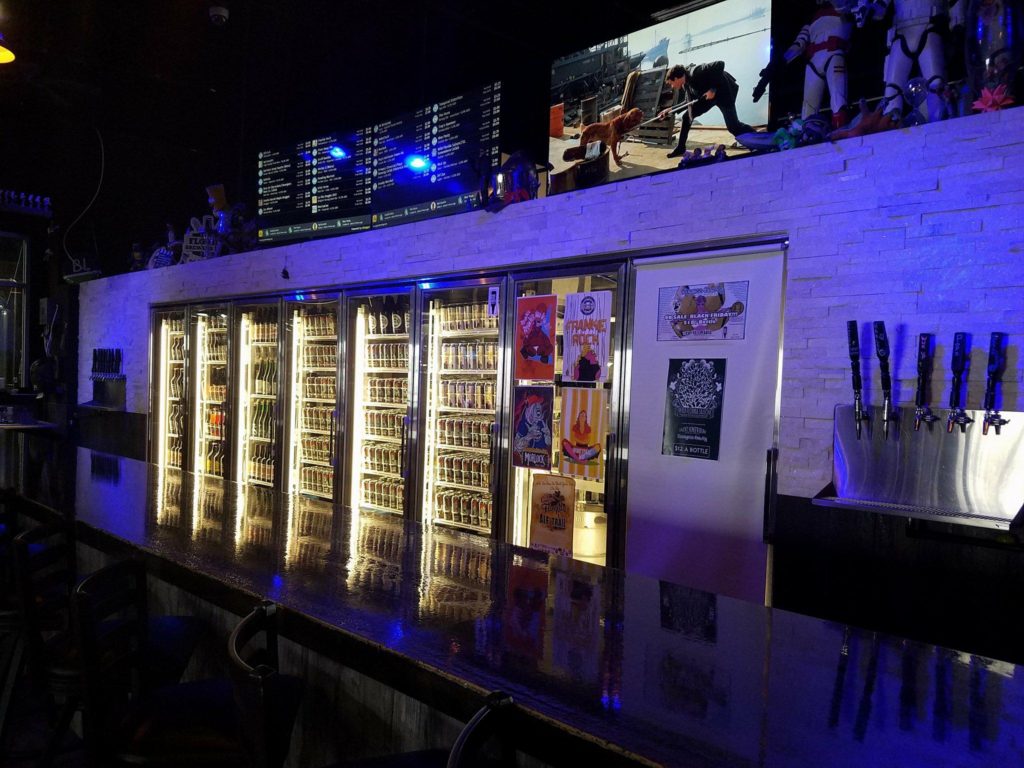 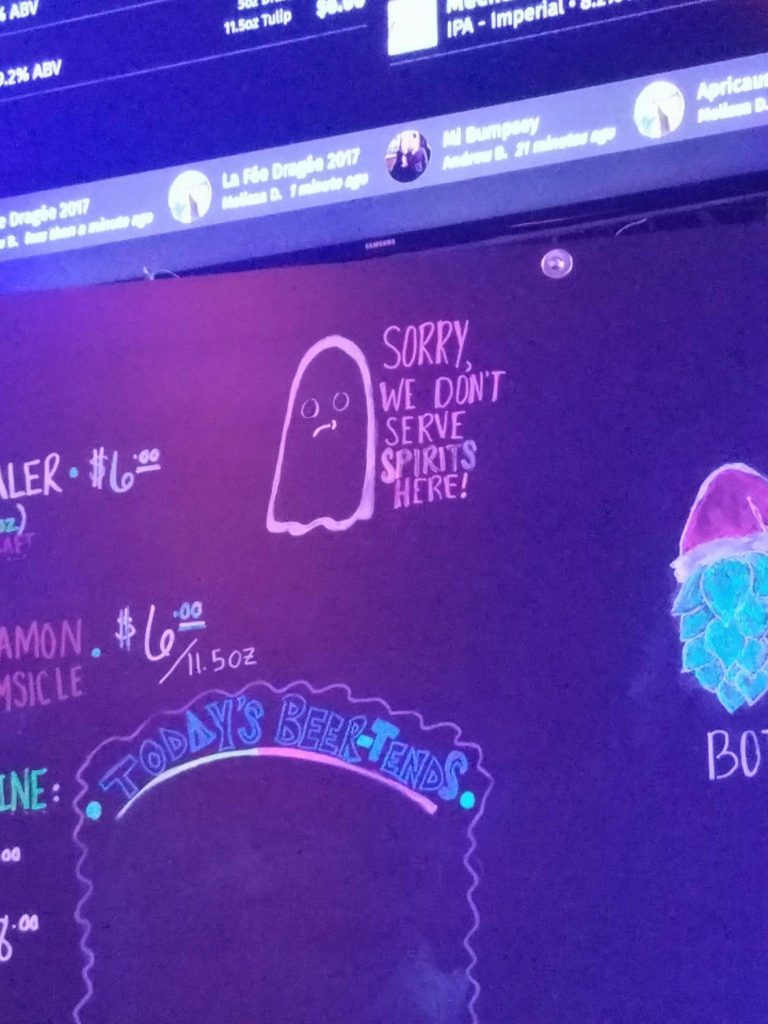 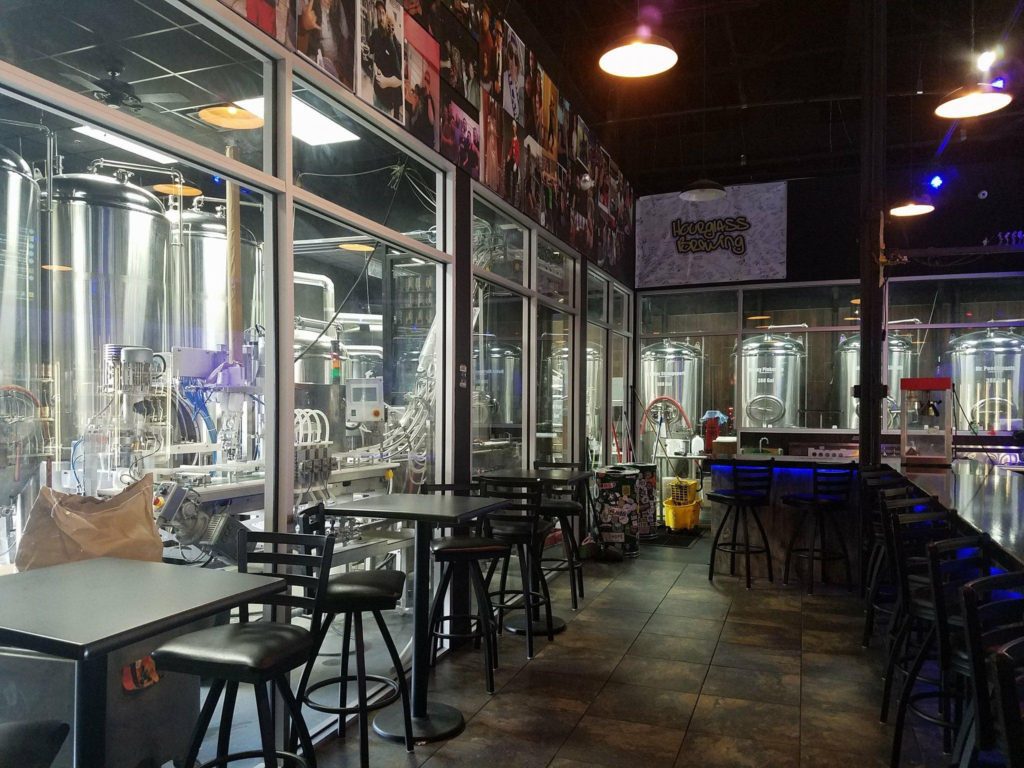 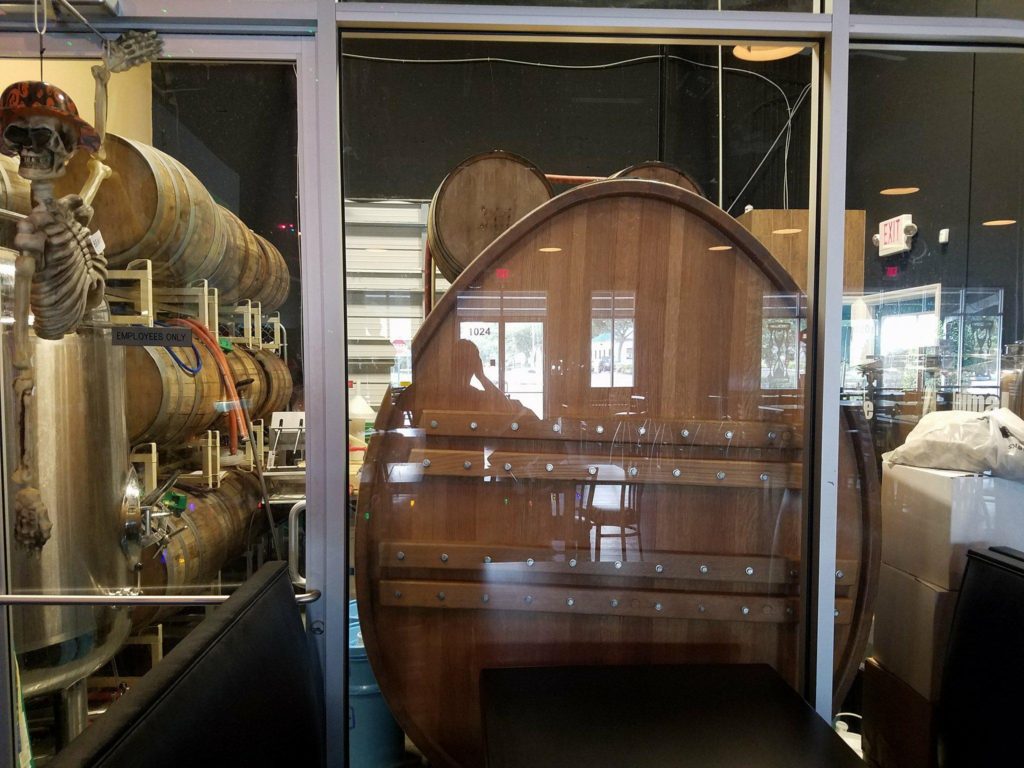 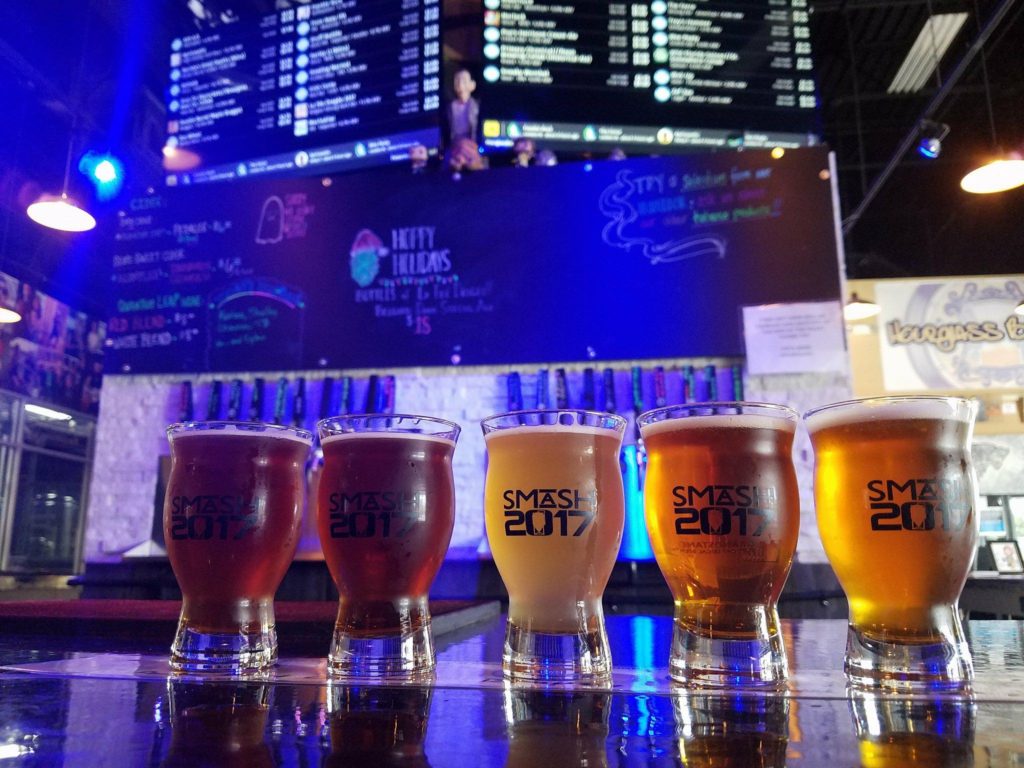 Back in Orlando proper, we hit Ten10 Brewing; a highly recommended stop by the bartender at Hourglass.  This smaller brewhouse is about ¼ the size of hourglass, but it’s not the size that matters. Flights came in four so we got East West IPA, White Ryno Wit, Strawberry Milk Forever Stout, and Counterspell Porter.  East West and Ryno were both average styles and flavors, nothing unique to note about either of the builds.

Strawberry Milk Forever came as advertised.  This thick and sweet stout was more of a strawberry malt than a beer.  Melissa enjoyed (Andrew took over writing again) the back sweetened, neapolitan ice cream flavor more than I did.  It would be hard for me to consume more than 10 oz of this stuff; it really is sweet. The Counterspell was my favorite on the lineup.   I’m not sure what made this porter more porter than a regular porter; but our notes say the cinnamon and coffee just hit all the right taste buds and we compared it to our favorites at Barrage Brewing which is a high honor in our opinion.

Ten10 also serves up food if you’re hungry.  Although we were indifferent to the first two beers on the flight, the thicker and more robust beers certainly hit the spot.  We noted they have a small barrel program, so we would certainly be interested in obtaining a few barrel aged strawberry milk stouts if those ever become a thing.  Ten10 was more of a 3.75 out of 5, but don’t let that discourage you from stopping by if you’re in the area.

Unfortunately for us the rest of the breweries in Orlando were closed on Monday, or were closed until 4-ish.  We had a long way to go to get to Tampa, and limited vacation so we called it a morning and headed towards the gulf. 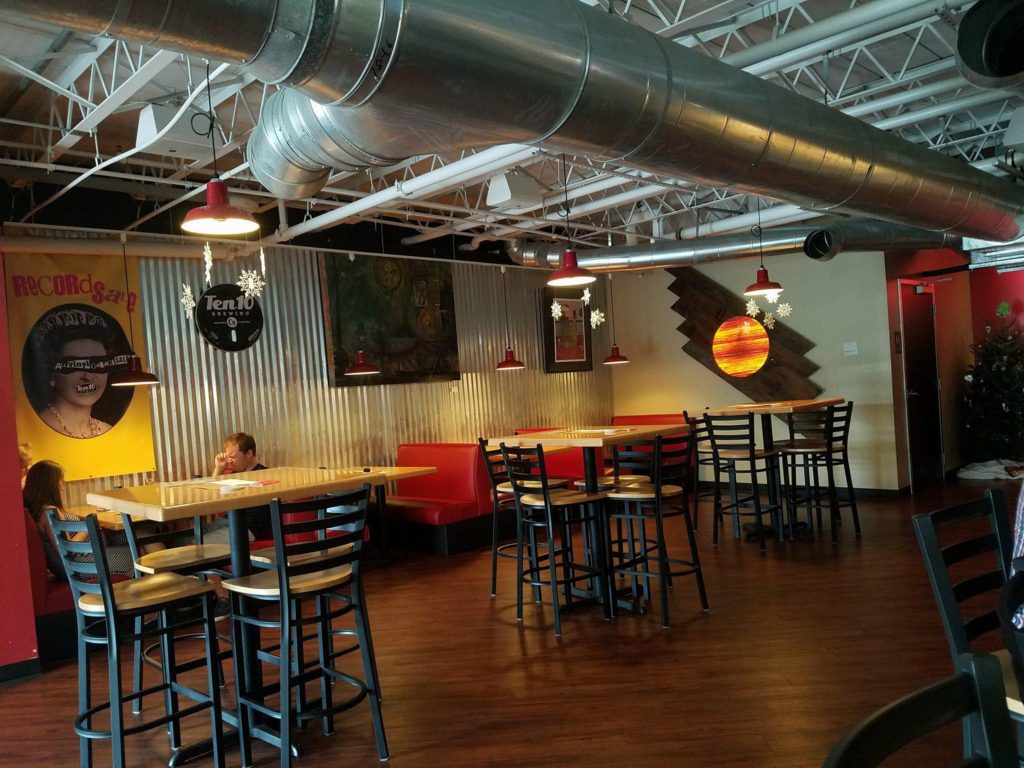 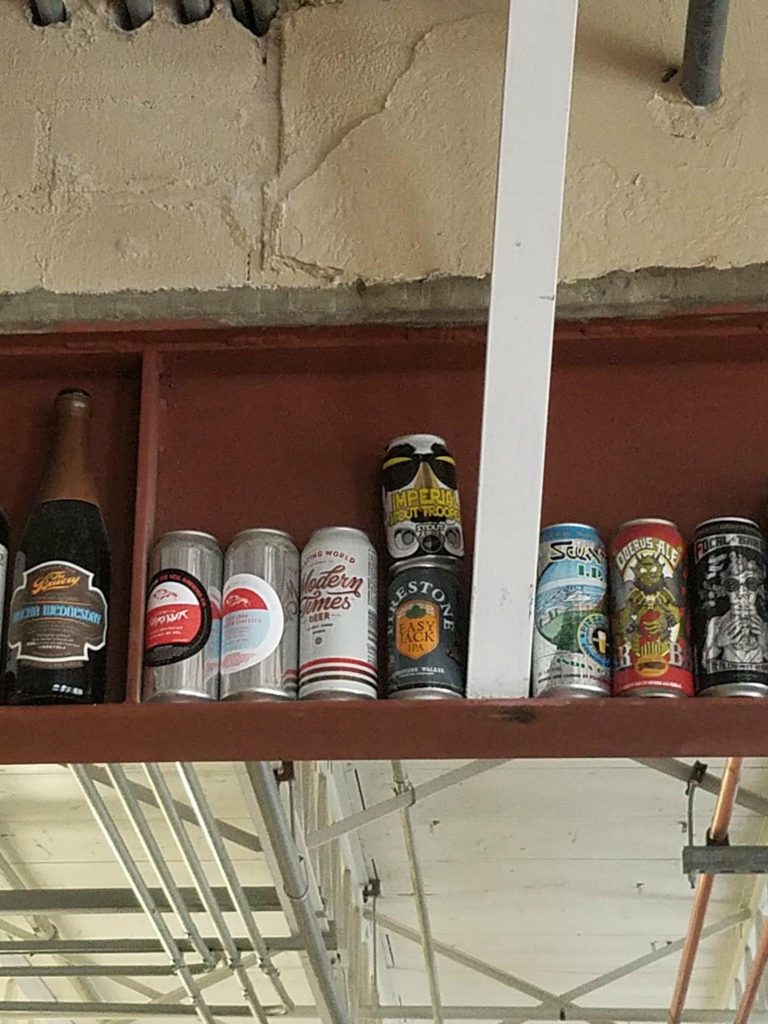 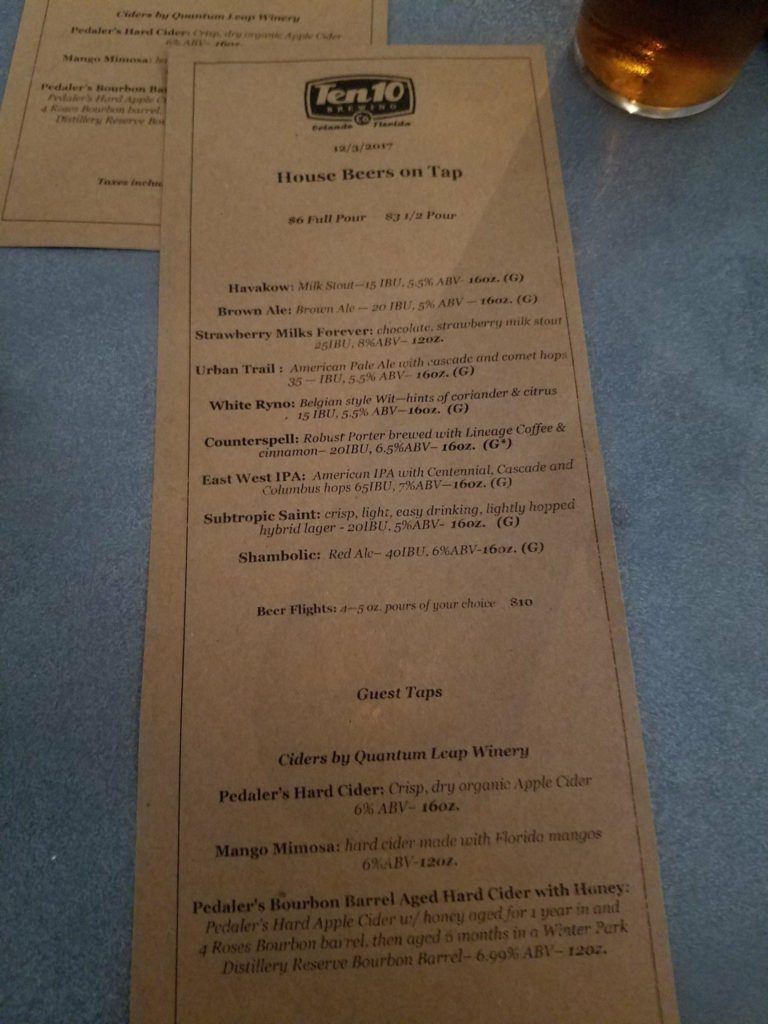 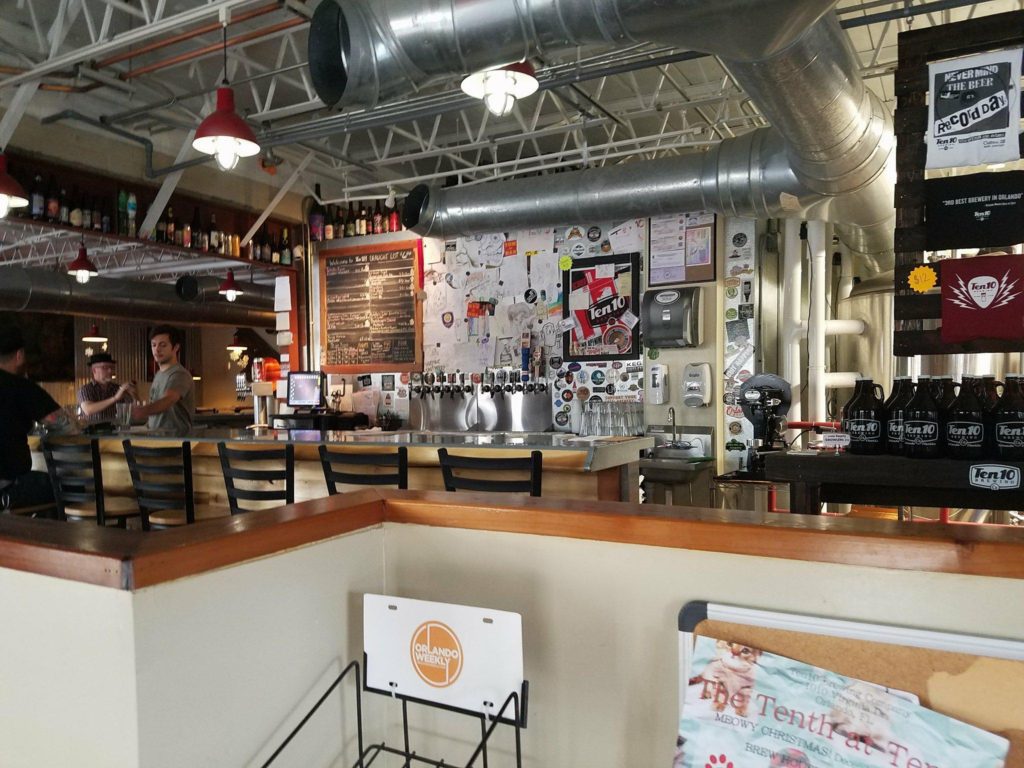 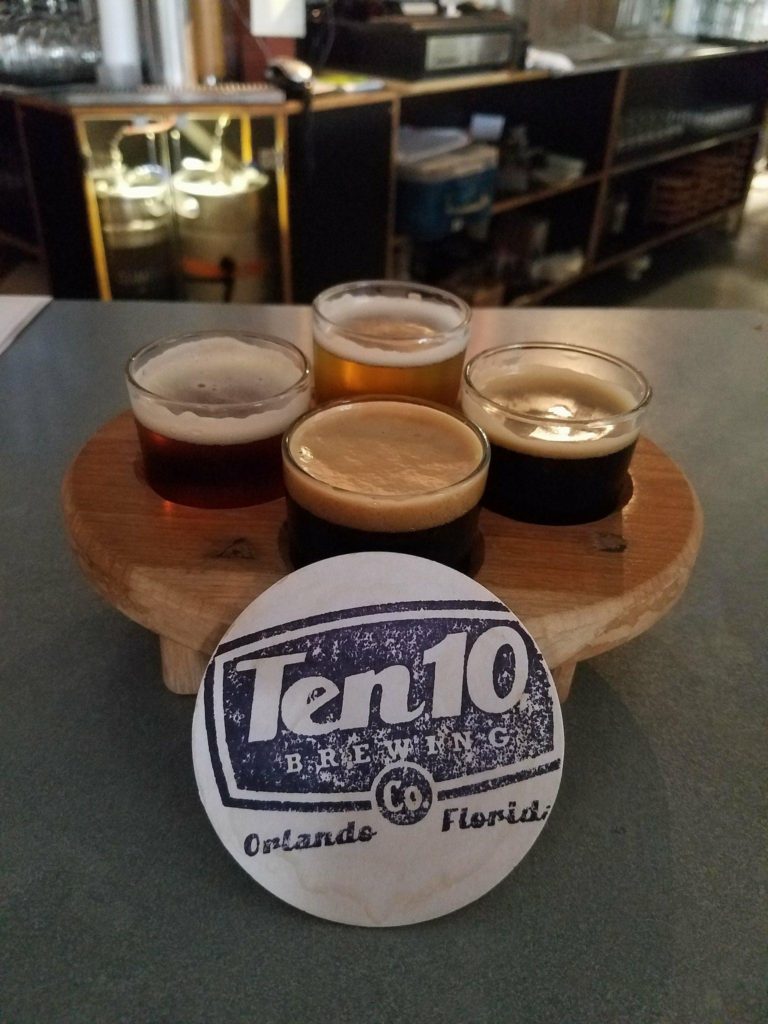 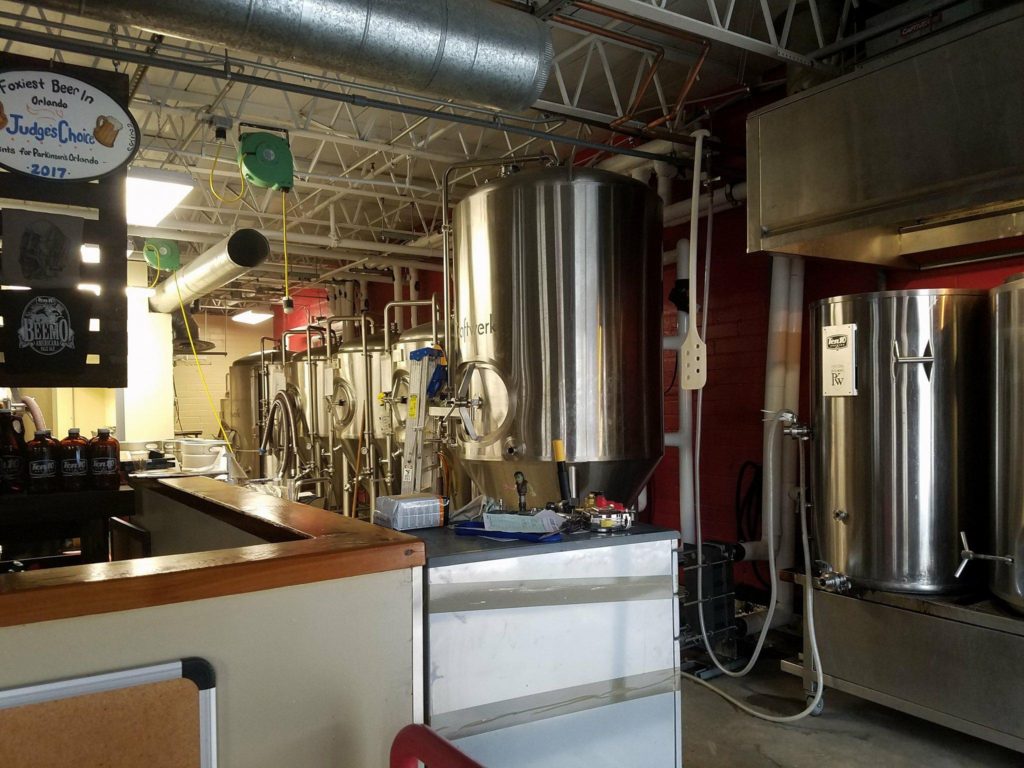 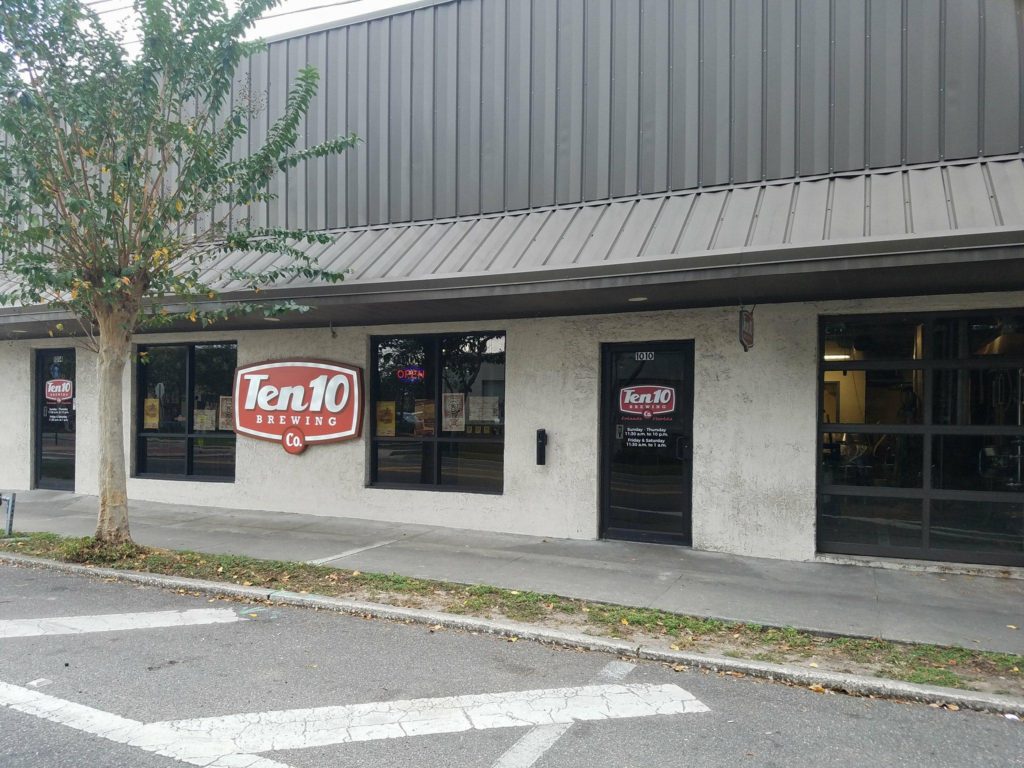 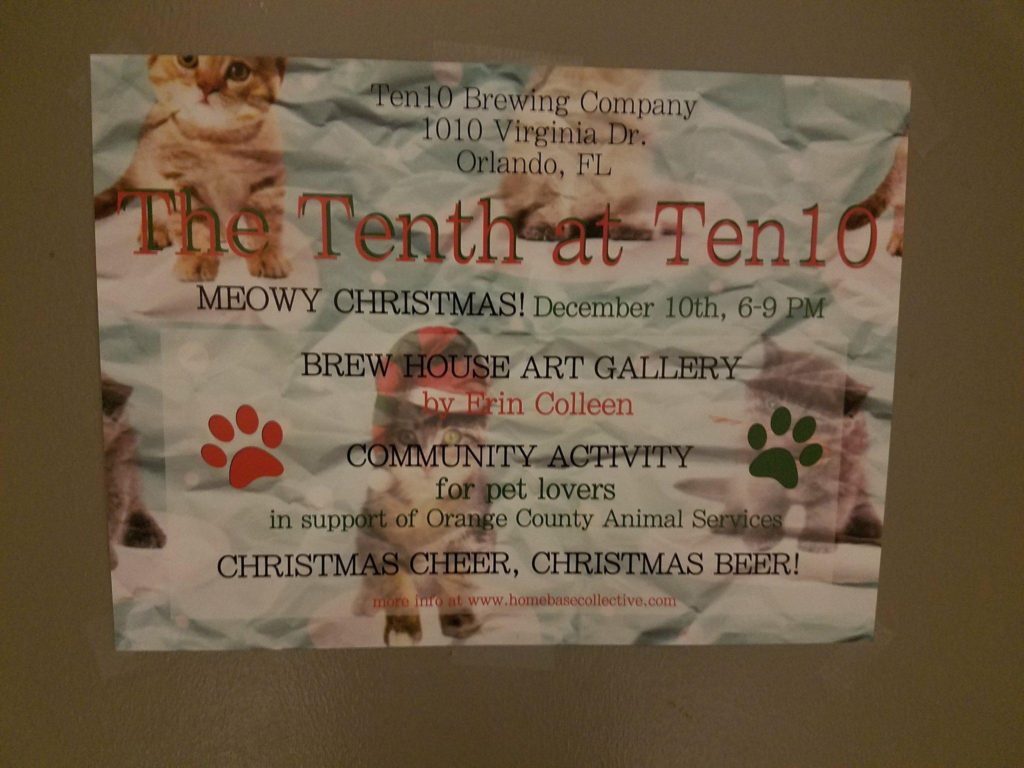 Clearly we can’t get from Point A to Point B without a few pit stops.  Crooked Can Brewing Company was a pit stop in Winter Garden, FL; about 30 minutes west of Orlando.  Most breweries that reside in an industrial park and are the sole attraction, but this brewery was in a shared use facility; like a farmers market of sorts.  There was a meat counter, bakery, mac and cheese stand, gift shops and an ice cream parlor all under one roof.  It was actually super neat.

We picked a flight of four: High Stepper IPA, Black Frost Schwarzbier, Bock Humbug, and Bourbon Barrel Aged Russian Imperial Stout.  There were a few IPAs on draft, but the bartender said High Stepper was their best. Can’t say we were too keen on it; it was just average.  The Black Frost was on par of our expectation.  Not sure how crazy you could take a thin, black beer, so it’s flavor profile is exactly as anticipated; certainly enjoyable if you like the style.

Bock Humbug.  Who could resist the name?  This traditional lager was also on the mark of expectations.  It has some hop bitter (not overpowering), a liberal malt body and a mild nutty characteristic which gave it a boost in my untappd score.  Lastly the Bourbon Barrel Aged Russian Imperial Stout – Rootbeer Edition.  This 11% stout was not shy to admit it had a bourbon problem.  The bourbon was pungent and would most certainly only be appreciated by people who like bourbon.  This probably would have been an immediate pass by Melissa if it wasn’t for the notes of sarsaparilla and nutmeg.  We didn’t have the opportunity to try both versions side by side, but we can assure you that the root beer flavor was certainly present in this variation.

Crooked Can certainly has an impressive facility, and a lengthy tap list but falls short on the Beerventurer and BeerSnob outputs.  However if you’ve got free time to kill,  grab some mac and cheese from MACd, and order a flight of your favorite styles for a great time killer.  The only beer that we saw (and drank) to really go out of the way for was the Russian Imp Rootbeer Stout.  Crooked Can earns an average 3.25 out of 5. 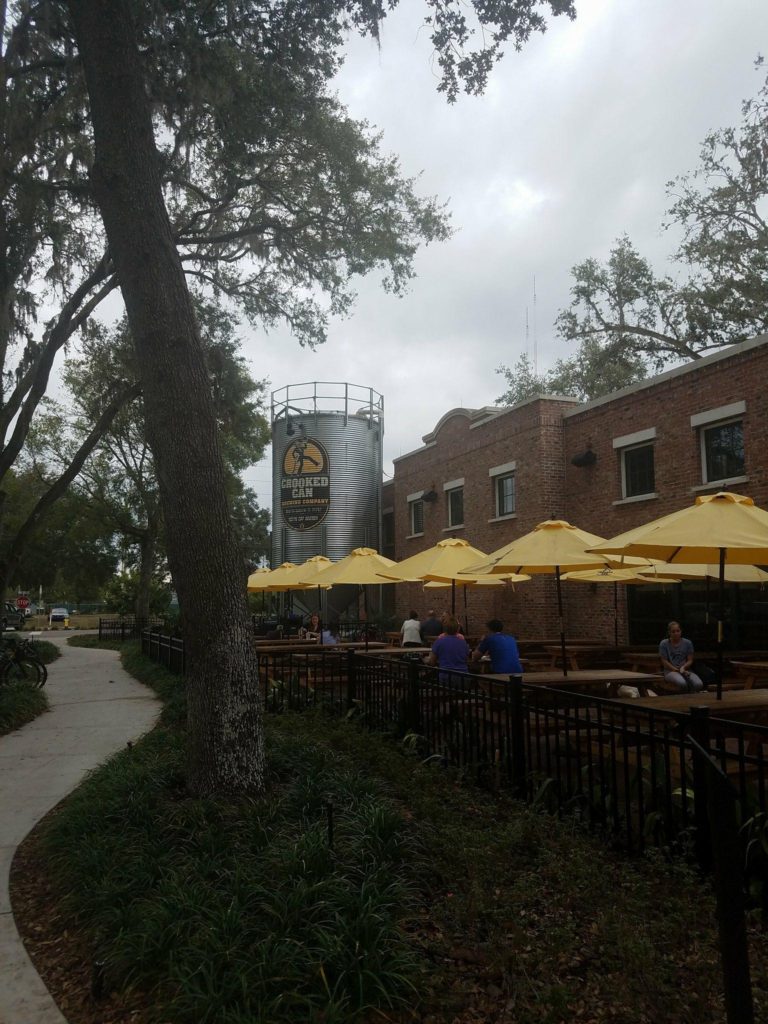 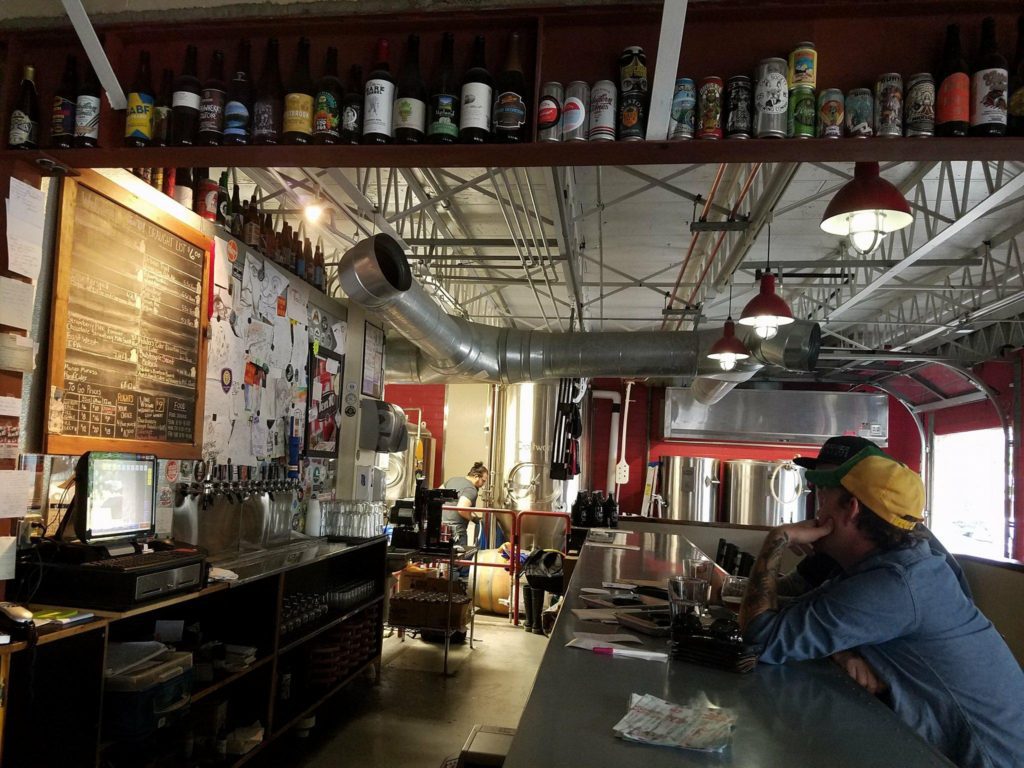 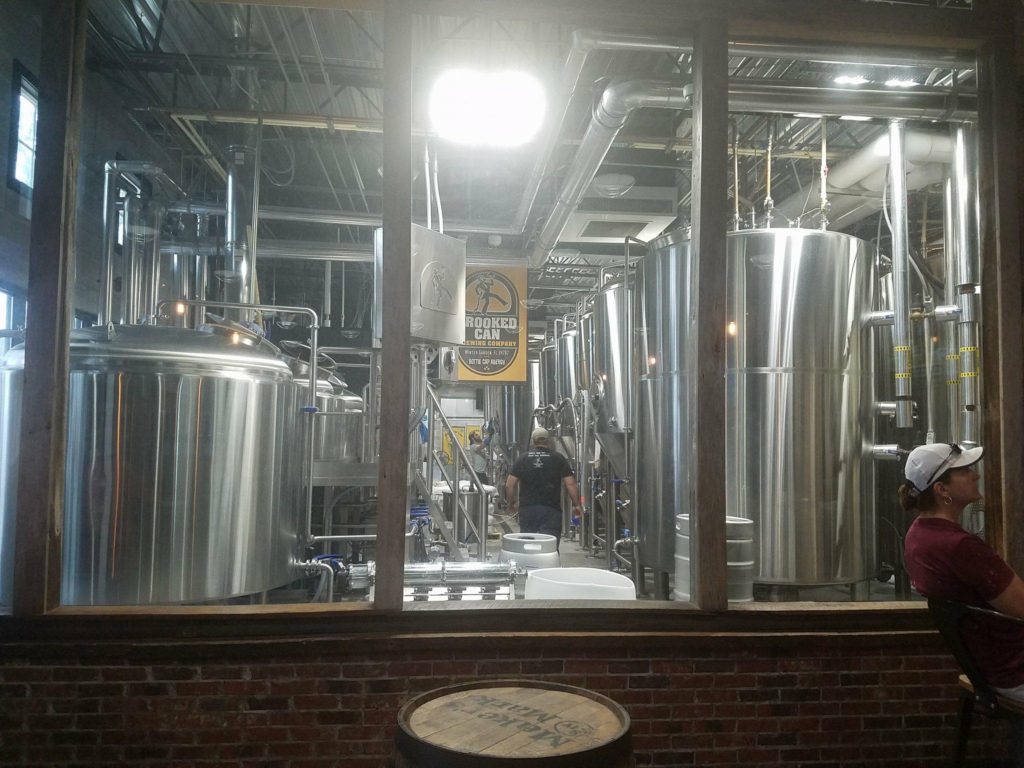 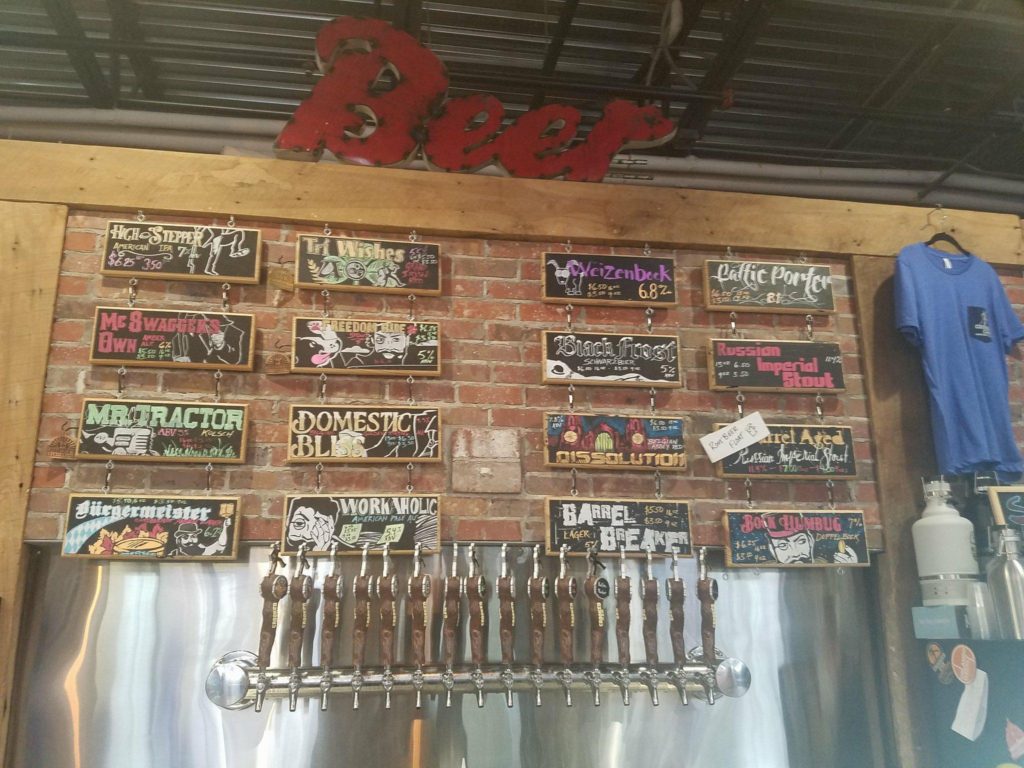 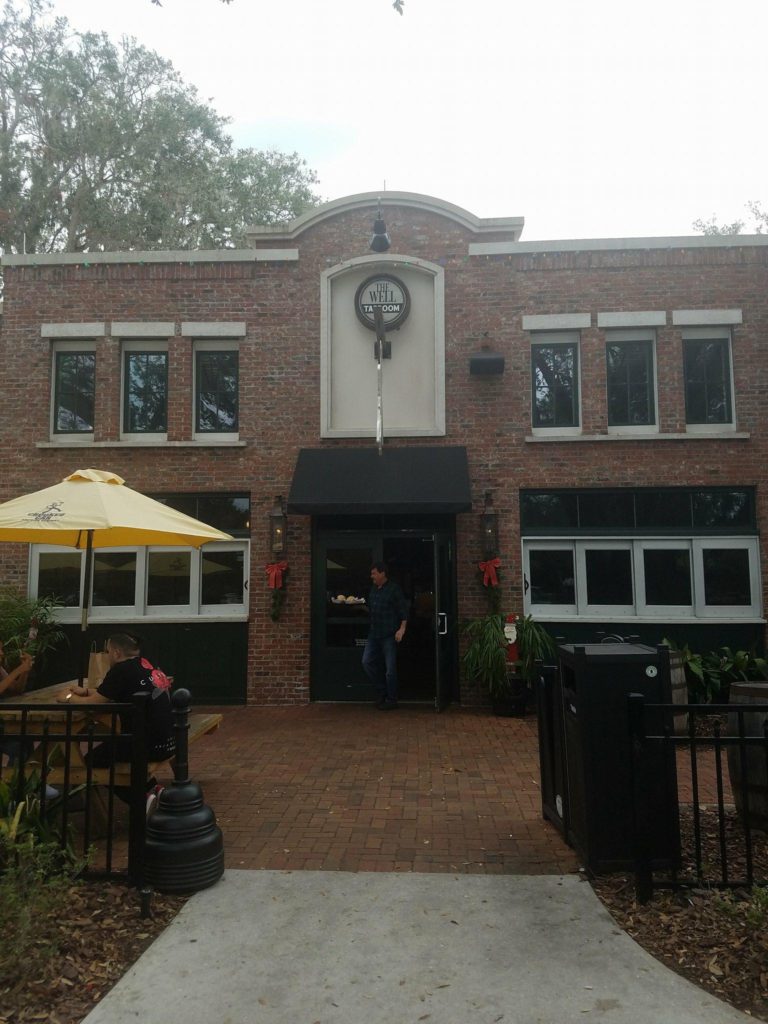 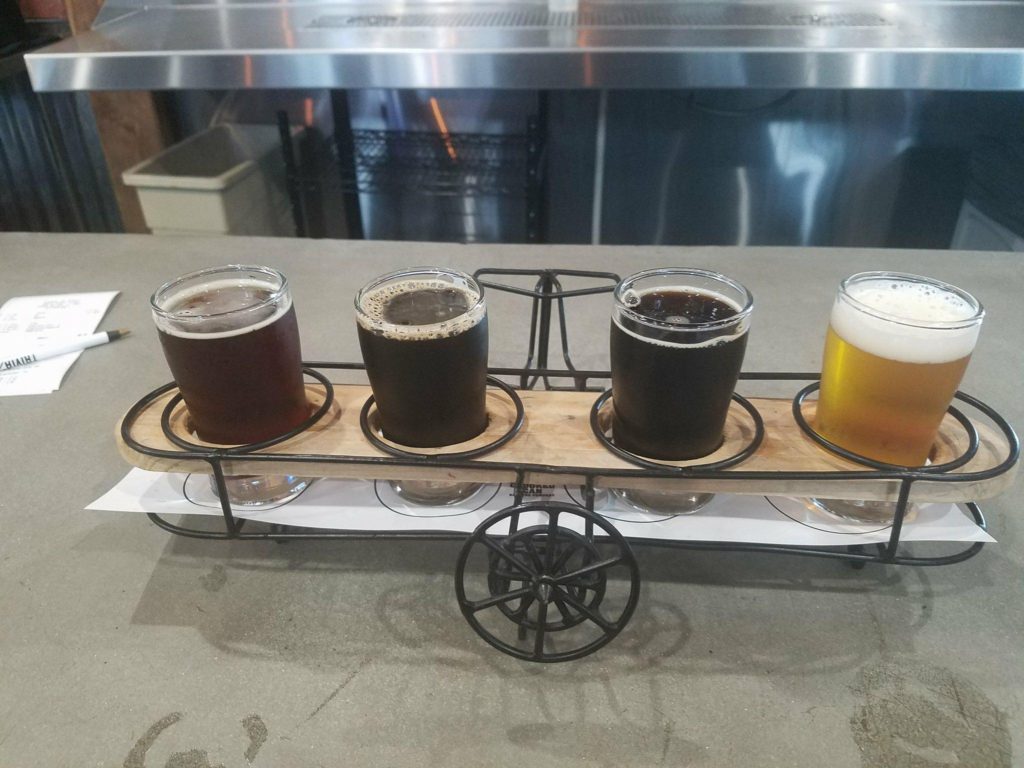 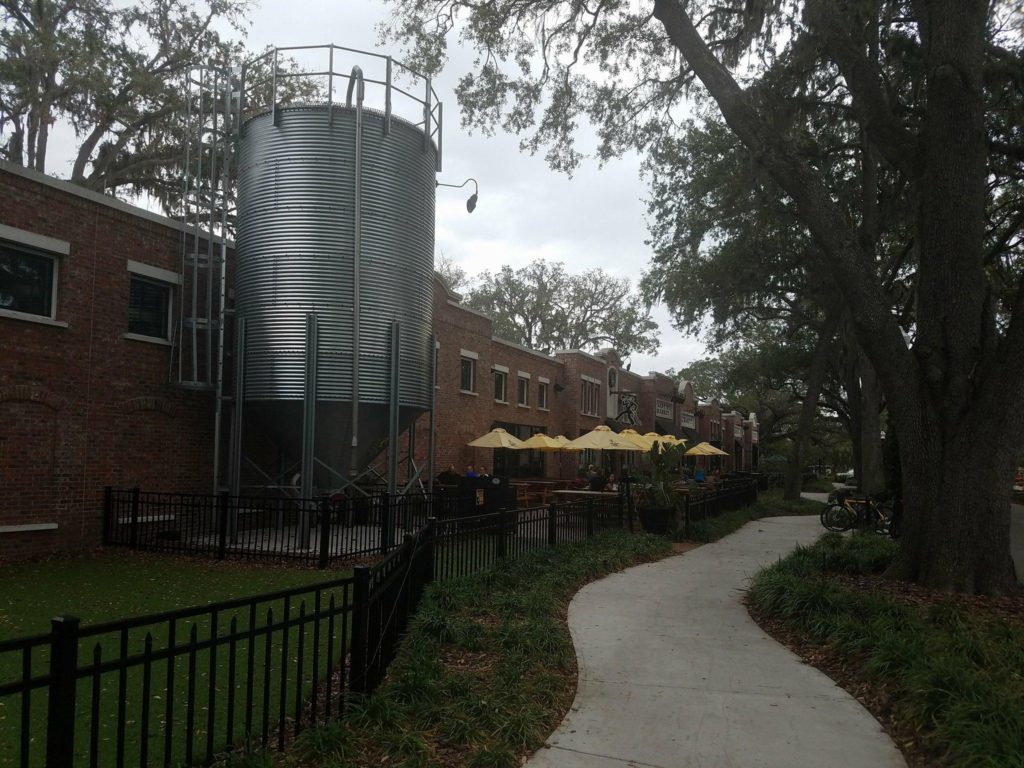 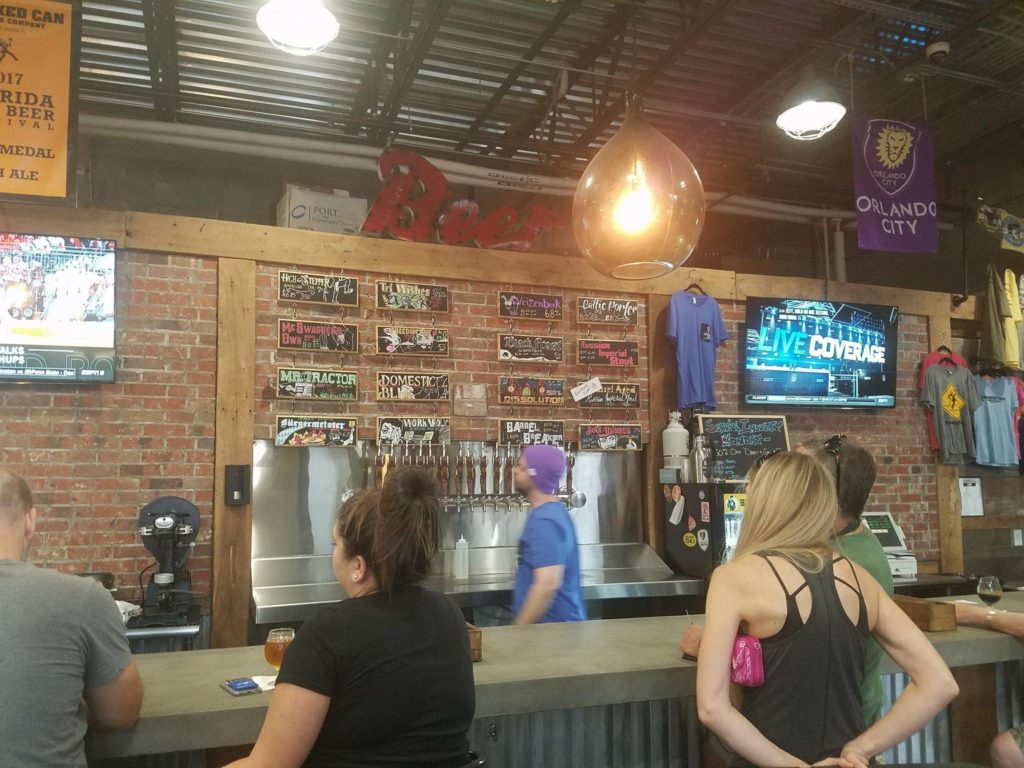 Buried in our tasting notes was Melissa’s extreme excitement learning that McAdoo was fired.