Alright, we’ve completely come off the rails here from our predetermined plan.  Adding the two breweries in Scott’s Addition has severely impacted our timetables, but we were still confident that we could wrap up a few more Richmond breweries before heading back to Kales house.  Our next stop, Hardywood Park Craft Brewery, is one of the, if not the most well-known brewery in the state of Virginia.  And it was just a short five minute drive from Isley so there was no possible way we could possible deviate again.

Anyways, as I was saying, Castleburg Brewing and Taproom, was our next stop after seeing a small sign with an arrow pointing at a small brick building on the way to Hardywood.  Best laid plans, am I right?

Home to the smallest brew system (2 barrel) in Richmond, VA, Castleburg brewery and the beer it serves up has nothing to do with castles; it’s actually just a word play on the owner’s name.  All of this information was courtesy of the crazy ass bartender, who did nothing but shit talk the patrons at the end of the counter.  It was a lively, hysterical discussion between the three of them.  Two samples in and we finally learned that the couple sharing raunchy stories, pouring their own beers and engaging in an impressive insult tournament with the barkeep were indeed the owners.

Watchman’s Wit, Dark Ages Imperial Maple Brown and The Siege, Chocolate Raspberry Stout.  Watchman is a Belgian wit with orange, coriander and chamomile flavors.  This wheat beer was smooth drinking, sat at 5% but the balance wasn’t perfect.  The chamomile was overpowering and we didn’t taste any orange flavor; which is great if you like floral notes.  Dark Ages is one of the few Imperial browns we’ve ever had.  At 8.7%, this cinnamon spiked brown ale was a much more potent, but satisfying, than the usually murky water that usually passes for a brown ale.  Lastly was The Siege.  All the cacao nibs and raspberry flavor you could ask for.  Many fruit based stouts tend to skimp on the fruit aspects in our opinion, but this was not one of them.

Castleburg Brewery and Taproom is a great stop if you have the time.  Entertaining owners, bartender, and average to above average beer.  The Siege was clearly the crowd favorite, and you shouldn’t discount the wit or brown while you’re there.  Nothing here will wow a snob, but we really enjoyed the stop nevertheless and would storm the castle 3.45 times out of 5. 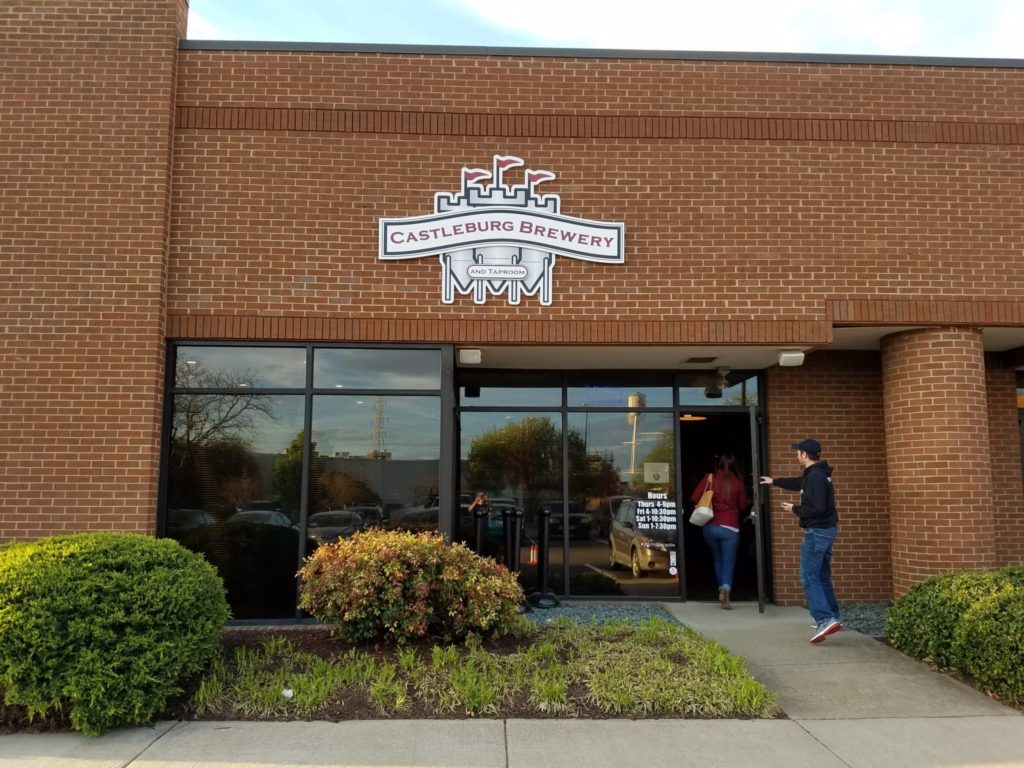 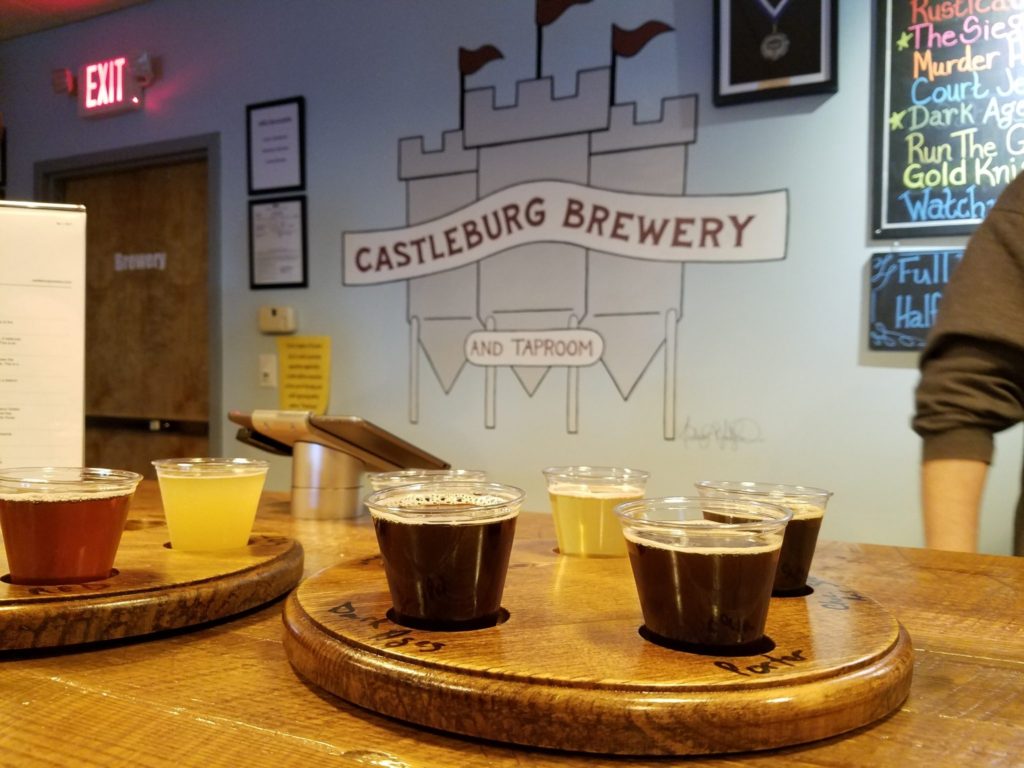 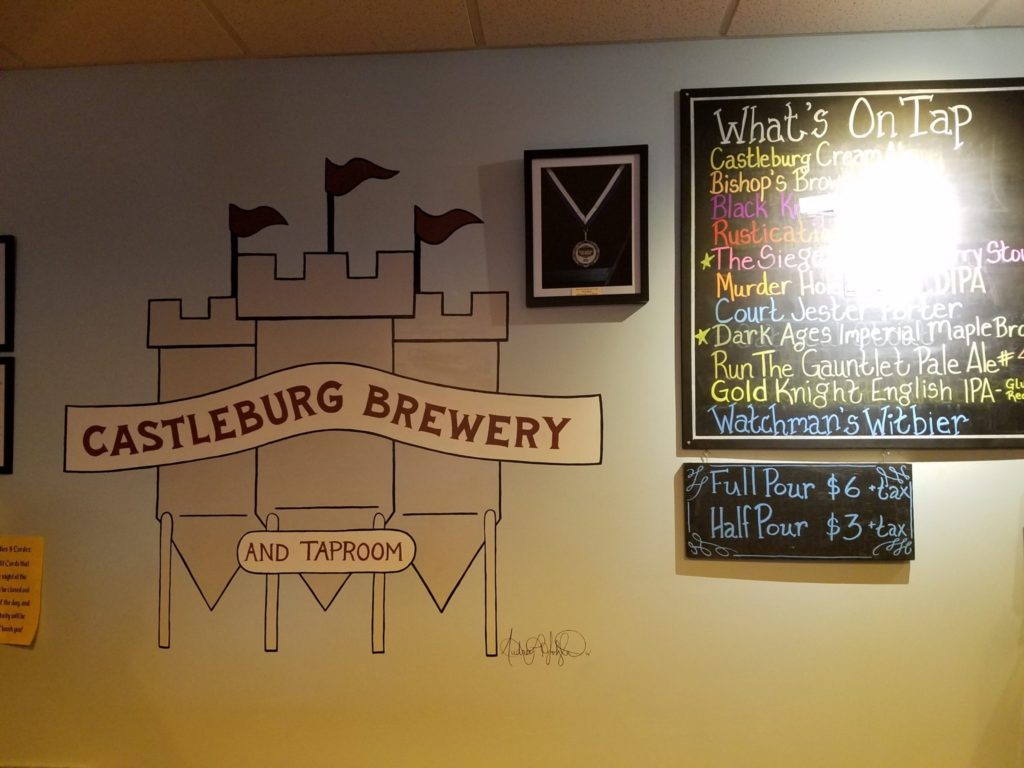 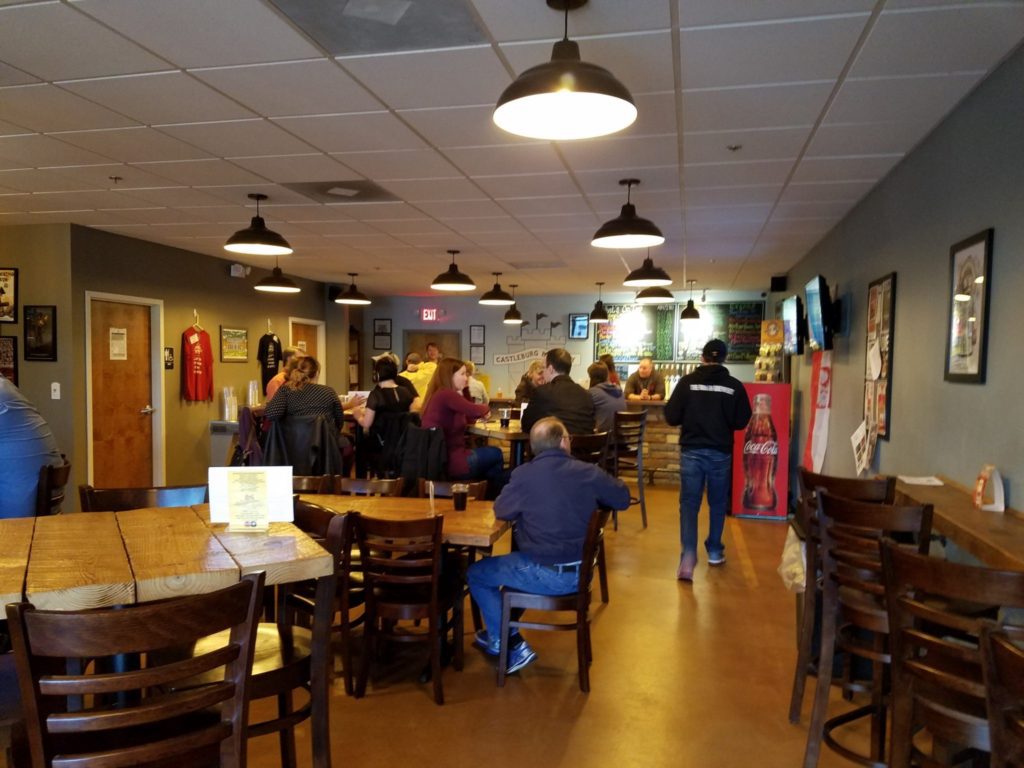 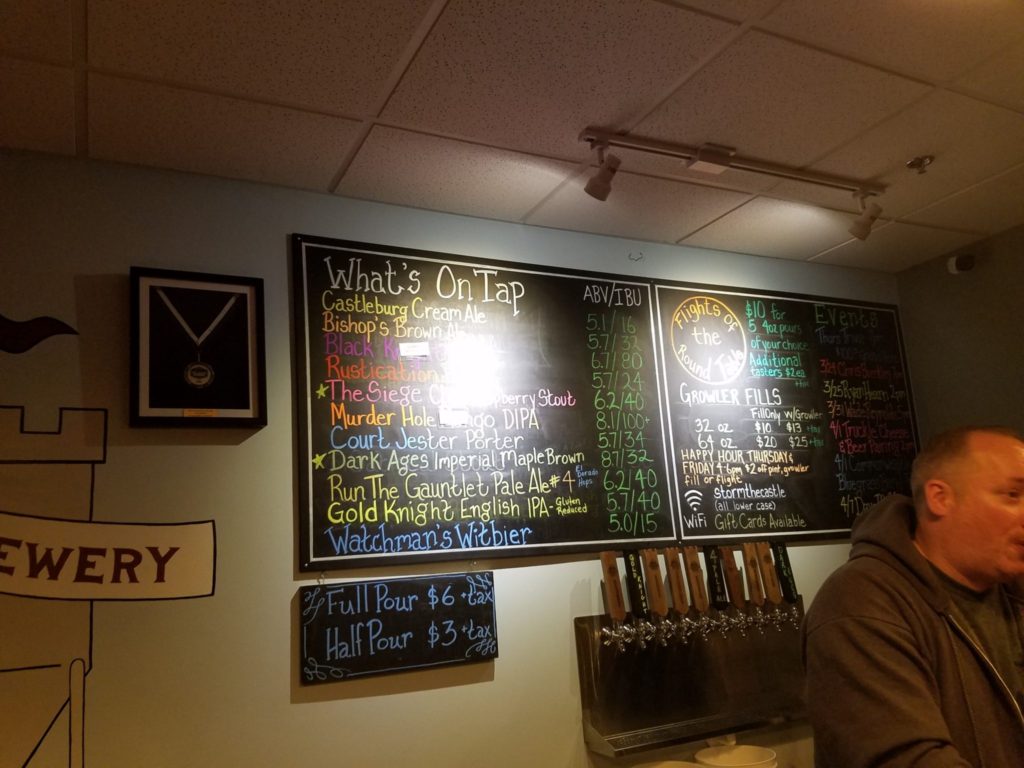 The lights were off and there was a DJ playing remixed Madonna mashed up with 90’s grunge.  So yeah, this wasn’t normal.  To top it off, there was no one dancing on the “dance” floor and it reminded us of a weird middle school dance with girls on one side and rotund neckbeards on the other.  Awkward dance party aside, the beer: Bourbon Cru, Raspberry Stout and Mamaw’s Mean Cobbler were our half-drafts of choice (no flights!).

Bourbon Cru: Belgian quad/ grand cru that’s barrel aged to thick, bourbon bubble perfection.  While the description leads us to believe there is almond toffee, vanilla, oak, cherry and raisin we really only got the oak, cherry and bourbon flavors.  We’re not disappointed though, and this was Kyles favorite.

Raspberry Stout: Smooth, dark chocolate taste with a potent raspberry bite.  Unfortunately, there was also a potent alcohol bite that was more than anticipated.  According to Melissa, if this beer sat closer to 8% it probably would have been even more enjoyable.  This was Melissa’s favorite of the flight.

Last, and obviously the best of the flight (IMO) was the Mamaw’s Mean Cobbler.  This tripel was a literal peach, vanilla, and cinnamon cobbler in a glass.  You couldn’t get more authentic of a cobbler unless you baked one yourself.  Going off Melissa’s notes from the stout, this 8.2% beer showcased a better fruit performance at the cost of a higher abv; and it was appreciated.

Since we were again limited to half-pours, that’s all of the Hardywood we could taste during this visit.  However, I should probably just summarize the fact that I’ve never had a disappointing beer from Hardywood.  Even their average sounding, basic beers are usually if not always satisfyingly delicious.  Hardywood is your must hit stop of Richmond, VA.  Our wood scored 4.75 out of 5 on the hardness scale.  Just try and go a little earlier and avoid the dance party. 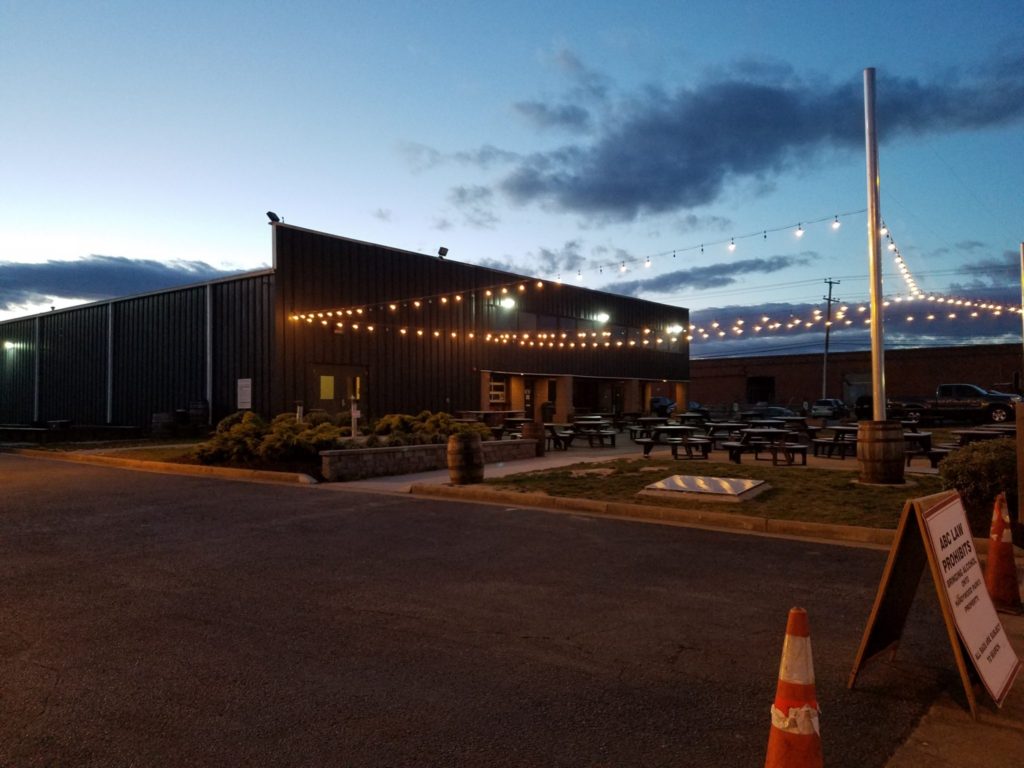 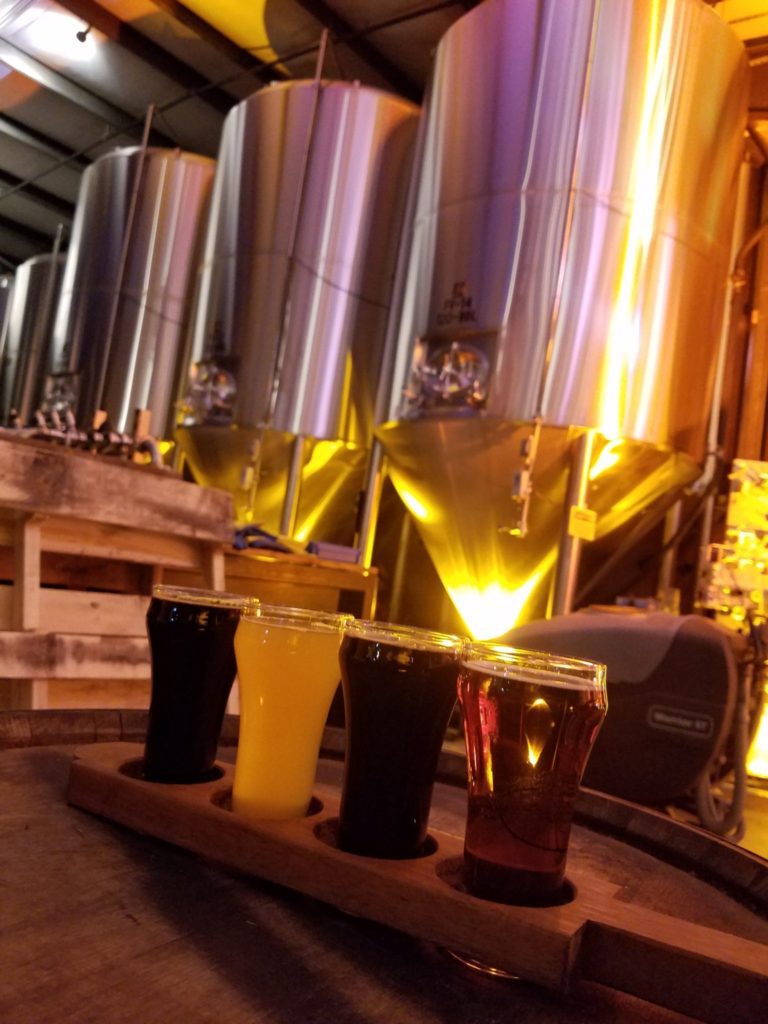 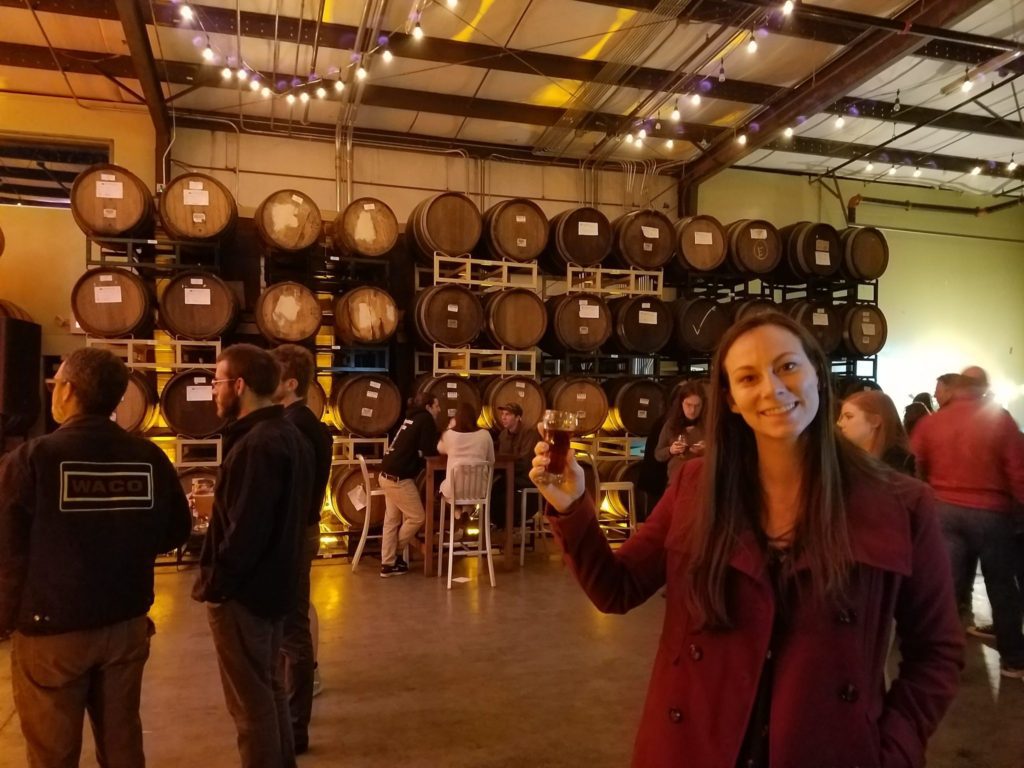 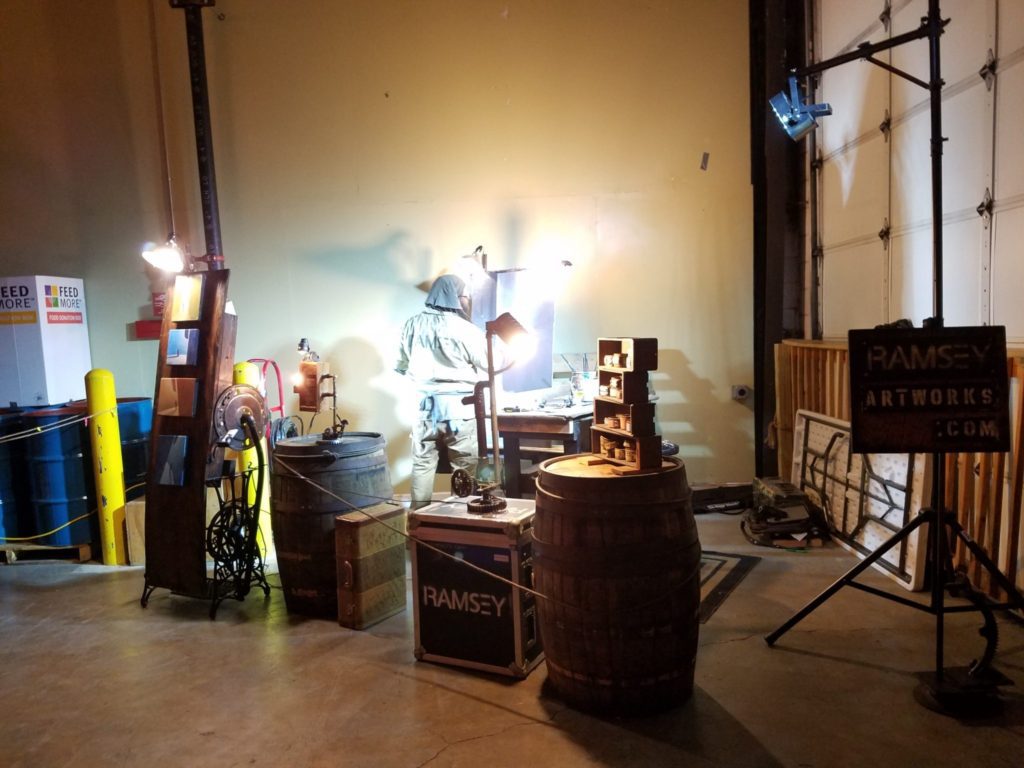